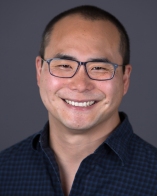 Sam Kim has spent the past 20 years working with early stage startups and high growth companies across many industries including gaming, advertising technology, agriculture and travel.  He was a strategy consultant for Kalchas, an NYC based incubator acquired by Computer Sciences Corporation.

Following his tenure at Kalchas, Sam joined the World Bank.  He worked with executives to conduct a rigorous strategic, financial and market analysis to create their first 5-year business plan. In 2004, Sam began his entrepreneurial career from which he never looked back. He launched Edgepoint, a commodities trading platform.

In 2012, he joined Sam Goldberg in starting The Mobile Majority where he served as COO and board member.  His current advisees include two gaming companies: that game company and fun games.  Sam is a graduate of Columbia University and received his MBA from the University of Chicago Booth School of Business.